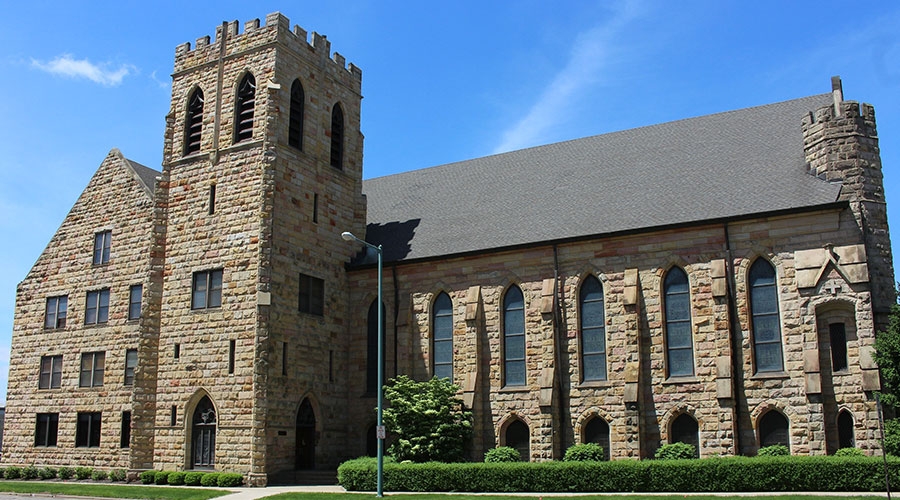 Whether you are a lifelong church-goer or this is your first experience into a faith community, we offer you a warm welcome.

Founded in 1821, Christ Presbyterian Church has served the community of Canton for over two hundred years as a beacon of hope to the hopeless, pointing toward Jesus who is “the Way, the Truth, and the Life.” We have been called to the downtown center of Canton to serve Jesus and to follow in his footsteps.

When Bezaleel Wells purchased the land for Canton, back in the early 1800s, he designated a plot for a church, which soon became the place where the First Presbyterian Church established itself. Many of the early pioneers and professionals of Canton were members of the congregation and some even served as church elders, most notably several members of the Saxton family. This included John Saxton, who founded the Canton Repository and son James Saxton a prominent banker. James’ daughter Ida Saxton is best remembered as the first lady of the United States, as she married William McKinley, who served as the 25th President of the United States. William and Ida were married here at First Presbyterian Church on January 25, 1871 and their wedding service was the very first service of any kind in the newly constructed sanctuary.

Through the years, there have been many renovations, additions, and changes to the building and to the congregation, but through it all, we have sought to serve the Lord faithfully and share God’s love in a multitude of ways. The impact of these ministries can be seen locally, nationally, and even abroad.

In 1971, as part of our 150th anniversary celebrations, Elder Ralph Ramsayer wrote a book on our congregation’s history. You may download and view the book here.