About Our Organs & Piano

The Gibbs-Preyer Sanctuary Organ
The Sanctuary Organ is a distinctive instrument built by the Schantz Organ Company of Orrville, Ohio. Given by Mr. and Mrs. Alvin J. Gibbs and Mrs. Frederick W. Preyer in memory of their parents, Mr. and Mrs. Lewis Gibbs, the organ was built in 1952 as a major phase of Christ Church’s renovation and expansion program. The brief association of E. M. Skinner with the Schantz Company witnessed the installation of the instrument.

The tonal design of John Schantz and Mr. Skinner brought about several unique features. Unusually broad-scaled principals in the great and pedal division laid the foundation for a wonderfully rich and sonorous tone. The solo division was noteworthy due to the large-scaled viola and celeste, as well as the doppelflöte and lovely vox humana. Over the years, under the supervision of various organists of the church’s rich musical tradition, subtle tonal revisions have been made, based on popular trends in organ voicing, especially regarding the principal choruses and mixtures.

In 1996, a tonal rebuild and enlargement of the Sanctuary Organ sought to bring about a return to the original American Classic tonal design of 1952. A noteworthy addition to the instrument was the Elsass Memorial Trompette en Chemade, given by the Russell Elsass family in memory of beloved wife and mother, Anne Elsass (who served as dean of the Canton chapter of the American Guild of Organists). The stop is afforded a commanding position high on the front wall of the chancel.

Other noteworthy additions included the Tuba Mirabilis, a heroic English-style solo reed under expression in the solo division, the Harmonic Flute, the 32’ Contra Posaune, and the Zymbelstern. The original instrument of 1952 contained 59 ranks. Now, the organ is comprised of five divisions with a total of 72 ranks (58 stops). From 1996-2003, the Schantz Organ Company executed a re-leathering and chest rebuilding of each division of the organ—Choir, Solo, Great, Pedal, and finally Swell. This process fortuitously prepared all the sound-producing components of the organ located in the two large double-story pipe chambers to allow for the final phase of this long-term renovation: the new console.

Most recently, in the summer of 2008, the Schantz Organ Company built a completely new four-manual console with solid-state digital components. With greatly expanded devices for more flexible and creative use of the organ, there are now 105 drawknobs, 31 tilting coupler tabs, 63 thumb pistons, 31 toe studs, 256 levels of digital memory, with MIDI-control technology. The console is moveable to any location on the main chancel level, allowing full view of the performers at our organ concerts. In order to view a complete list of all the stops, please click here.

The Hazel Parkinson Chapel Organ
After having dedicated many decades of her life to the congregation in many ways, including occasionally accompanying and otherwise supporting the music program, Mrs. Hazel Parkinson (wife of long-time pastor Rev. George Parkinson) received a large monetary gift upon their departure. She donated this money back to the congregation in order to provide a new organ for the chapel, which is named in her honor.

The two-manuals and pedal tracker-action organ in the chapel was built in 1984 by Charles M. Ruggles of Olmsted Falls, OH (subsequently Conifer, CO). With a clear resemblance to the Opus 2 instrument built for his father’s residence in Cleveland Heights, this Opus 10, 8-rank organ was secured on a strong dolly, so that it can be moved into the sanctuary or into Westminster Hall.

Its versatile tonal spectrum and blend serve well in both the intimate space of the chapel as well as the resonant grand sanctuary. The organ’s dulcet singing flutes are gems for quiet chamber music, and the instrument holds its own for concise leadership of congregational singing in both worship venues.

The Grant Mason Continuo Organ
The one-manual mechanical-action continuo organ was built in 2004 by Rudolf von Beckerath Orgelbau, of Hamburg, Germany, and used for ten years by professional early music ensembles in New York City. It was acquired by Christ Church in September of 2014 as a gift from Janet Mason in memory of her beloved husband, Grant.

There are three ranks of pipes voiced as Gedackt 8’, Rohrflöte 4’, and Oktave 2’, plus an additional half rank for the upper register of the instrument as a Holzprinzipal 4’. The organ is housed in the balcony and is used occasionally for special concerts, hymn singing, and antiphonally with the main Sanctuary Organ.

Acquired in 2014, through the financial support of the congregation and broader music community, this distinctive and versatile instrument enhances both worship services and music series concerts. Bösendorfer pianos have been handcrafted in Austria since 1828. Their popularity soared in 1838 when Franz Liszt, known to be a passionate, virtuoso and young composer, decided to select a Bösendorfer Grand for his concert in Vienna.

What distinguishes Bösendorfer is that each instrument is crafted with utmost care and dedication by the hands of their artisans. The instruments are constructed using mostly spruce, which supports sound formation, similar to that of a violin. When a note is played, the integrated spruce components become acoustically active, forming a complete resonating body that allows the whole instrument to project and outstanding richness of tone color and a legendary pure and brilliant sound. This complex construction is part of the Viennese tradition of piano making. For more information on this instrument’s specifications, please visit this website. 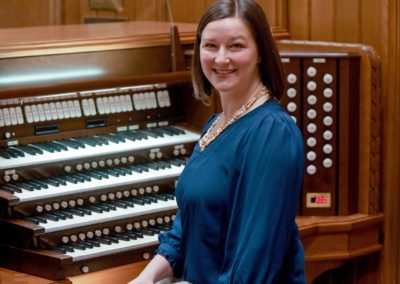 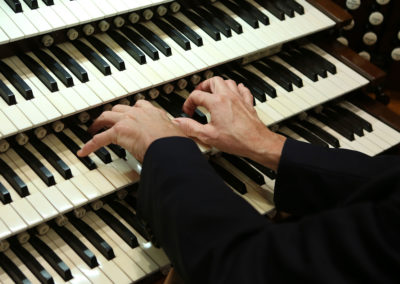 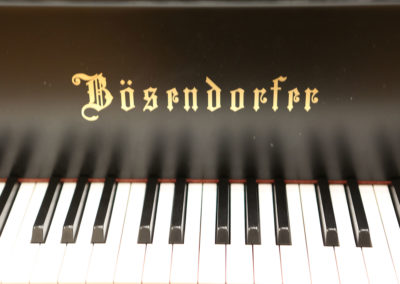